Arrested For Wearing a Bathing Suit: Life as an Early Female Swimmer

Annette Kellerman emerged at just the right moment—as the rising popularity of women’s swimming competitions was colliding with the ridiculous encumbrances of Victorian morality—and she had the moxie and entrepreneurial savvy to smash two centuries of prudery to pieces and come out rich and happy on the other end.

Born in Sydney, Australia, in 1886, to musician parents—her father was a violinist, her mother a piano teacher—Kellerman was hit early by what might have been polio or perhaps rickets. Either way, she suffered as a young child from weak and deformed legs. At age two, she was fitted with clunky leg braces and would wear them for the next five years. When they finally came off, her doctor recommended swimming to strengthen her legs, but little Annette wanted nothing to do with it. Terrified of the water, she begged her mother and father not to take her into the ocean. Her parents, though, persevered with the therapy, and soon they could hardly keep her dry. Fortunately, too, turn-of-the-century Sydney had plenty of opportunities for swimming lessons. Kellerman became a regular at Cavill’s Floating Baths, founded by the British émigré Frederick Cavill, who had twice nearly swum the English Channel prior to Matthew Webb’s successful crossing.

Practicing in an enclosure surrounded by shark-proof netting, Kellerman got to know Cavill’s dynastic swimming family: Ernest, who became the New South Wales 1,000-yard champion at age fifteen; Charles, the first person known to swim the Golden Gate in San Francisco; Percy, Kellerman’s main teacher and the first Australian to win races abroad; Arthur, known as Tums, another New South Wales champion and one of the first swimmers to use the Australian crawl; and Sydney, who played a key role in developing the butterfly. Another Cavill’s Baths regular, Freddie Lane, won two gold medals at the 1900 Summer Olympics in Paris.

Kellerman got to emulate the best, and she was a quick study. In 1902, age sixteen, she set new world records for the 100 yards and mile swims at the New South Wales championships. Three years later, now living in Melbourne with her parents, she swam record times for five, ten, and fifteen miles on the Yarra River. By then, she had also launched herself into the aquatic entertainment business, giving diving and swimming exhibitions around Melbourne, miming a mermaid at one entertainment center, and swimming with the fishies at the Exhibition Aquarium.

Part of that was for sheer fun—Kellerman was a born entertainer—but part was also from economic necessity. Her parents’ small musical academy in Sydney had been hard hit by the economic turndown of the 1890s, and the move to Melbourne hadn’t gotten them out of debt. To get right with the family’s creditors, Kellerman and her father used scarce remaining funds to sail for England in April 1905 in hopes of launching her career as a professional swimmer. To that end, Kellerman announced herself loudly to Londoners by swimming for three and a half hours down the Thames, from Putney Bridge to Blackwell. The swim was anything but pleasant: the water, Kellerman would later say, was polluted and she had to dodge tugboats and barges. But the crowds who watched from the shore along the way were sufficiently large and enthusiastic to catch the attention of the editor of the Daily Mirror, who offered to back Kellerman if she wanted to become the second woman ever to try swimming the English Channel.

Kellerman took the offer seriously, training for a month and a half, sometimes up to a hundred miles a week, before joining three men on the beach at Dover on August 25, 1905—the 30th anniversary of Matthew Webb’s triumph. None of the four made it, but in Kellerman’s case, it wasn’t for want of trying. The Daily Mirror was paying her by the mile, and she logged as many as she possibly could before giving up. (According to one account, the cocoa provided by one of her other sponsors made her sick.)

Kellerman would try the English Channel twice more, without success. “I had the endurance,” she would later say, “but not the brute strength.” Even her failures, though, won her front-page coverage. As she would for the rest of her career, Annette Kellerman relentlessly built her brand, and finally it paid off.

“[My father and I] had fame,” she told a Boston Globe reporter in 1953, “but we were still just about starving after the Channel attempt when I was asked to give a performance for the King and Queen of England at the Bath Club. At a preview, it was decided I must cover up my ‘limbs’ for their majesties. We had no money for a proper costume, so we hit on the idea of sewing silk stockings to the racing suit I always wore, and that’s really how the one-piece bathing [suit] was launched.”*

But it wasn’t only the one-piece suit that had wings—Annette Kellerman was launched, too.

In Paris the following year, L’Auto newspaper backed her in a seven-mile race down the Seine River. Kellerman, the only female in an otherwise all-male field, finished third, with hundreds of thousands cheering along the way. From there, it was on to Austria, where she locked horns with Walpurga von Isacescu, sixteen years her senior, who had been the first woman to attempt the English Channel. Their 28-mile river race down the Danube from Tulu to Vienna was a rout. Kellerman won by a good forty-five minutes, but the conditions—icy water, swirling whirlpools, sharp rocks—made for a painful victory. Briefly back in New South Wales, she competed behind locked doors before thousands of cheering women at the Ladies’ Amateur Swimming Association championships. (Locked to prevent men from attending.)

The new South Wales meet came near the end of her life as a competitive swimmer—even though she was only 20 years old by then—but it was just the beginning of an entertainment industry career that in some ways was unmatched across the first half of the 20th century. The woman was a human whirlwind, and a fearless one at that.

In London, Kellerman elevated the “ornamental swimming” of the previous century to its own art form, performing underwater ballet in a glass tank at the London Hippodrome. (Think of the synchronized swimming of Olympics fame.) Out of the water, she dove from 60, even 90, feet into pools small enough to draw terrified gasps from the audience. (For comparison’s sake, the highest Olympic platform diving takes place from ten meters, about 33 feet, or only slightly a third the height of Kellerman’s most dramatic dives.)

In 1907, in search of richer pastures, the Kellermans, father and daughter, carried her vaudeville act to America. At the White City Park in Chicago, she found herself on a playbill between the “Educated Flea Circus” and “Mundy’s Trained Wild Animal Arena”—shades of Matthew Webb’s depressing vaudeville introduction to the United States. Kellerman, though, always provided value for the entertainment dollar. Soon, she had set up shop at the New York Hippodrome—more water ballet, more swimming with fish, more death-defying dives, this time from a tight rope at the very top of the theater.

Audiences oohed and aahed at the daring feats—and maybe oogled more at her curvaceous body. Forty years later, Paul Gallico remembered as a boy seeing Kellerman at the Colonial Theatre on Broadway and 62nd Street: “The sellout attendance had come ostensibly to see her doing the crawl, the backstroke, the jackknife, and the swan dives, but nobody at the box office was being kidded. The original Annette Kellerman bathing suit was still a slightly bulky affair of jersey wool, even though skirtless and sleeveless. Nevertheless, it made the question of how ladies were put together no longer a matter of vague speculation.”

But away from the world of theater and its libertine ways, Kellerman couldn’t ignore the reality that women who sought to do any sort of swimming or public bathing were required to dress from neck to feet, as if they were heading into an ozone hole in the dead of winter. Or maybe she simply couldn’t ignore the publicity potential inherent in that state of affairs.

Either way, Kellerman had had enough. In July 1907, she walked out onto Revere Beach, in Boston, wearing what newspapers described as a “maillot pantaloon”—basically, a self-designed, one-piece bathing suit that revealed her bare legs and well-endowed body—and the battle was joined. Whether police might have been already alerted, and by whom, is open to question, but it didn’t take them long to arrive at the beach and promptly arrest Kellerman on charges of indecent exposure.

Years later, Kellerman would describe the incident as a “big mistake.” She was simply headed to the water to train for a long-distance swim, she said, and never intended to shock or offend a soul. More likely, she had a larger purpose in mind. “I can’t swim wearing more stuff than you hang on a clothesline,” she reportedly said, just before her arrest. Either way, as John Lucas writes in a lengthy essay on Kellerman, the indecent exposure “may have been her most publicized performance.” And the wide press coverage cost her not a single thing, not even a small fine.

At her trial, Kellerman admitted to the charge, but didn’t stop there. “What difference is there from these legal [bathing] costumes than wearing lead chains around our legs?” she asked the judge, and how many more women were bound to die either because they didn’t know how to swim or couldn’t swim in all the clothes they were legally bound to wear?

Both arguments seemed to carry the day. The judge vacated the charges against her on the single stipulation that, next time, she wear a cape to the water’s edge. More happily for Kellerman’s bank account, a new swimsuit line soon followed, marketed as “the Annette Kellerman,” and became an instant sensation. In 1912, when women’s swimming—the only sport other than tennis open to women—made its Olympic debut in Stockholm, Kellerman was no longer racing, but all the women Olympians wore some version of the liberated swimwear that she had debuted in Boston five years earlier. 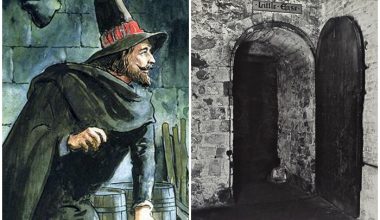 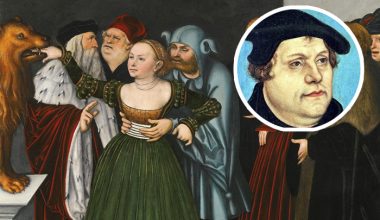 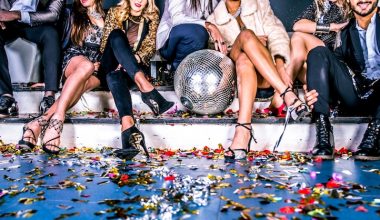 Читать дальше...
ББольшой мир
Sociologist Ashley Mears on Extravagant Wealth Ashley Mears is associate professor in the Department of Sociology and in… 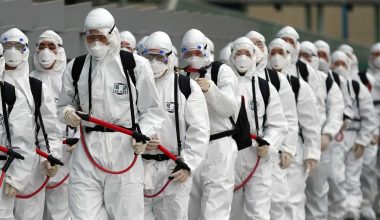