3 Meanings of ‘Out of Pocket’

People have been asking about the “unavailable” meaning of “out of pocket” for decades, but there’s also an “inappropriate” meaning that is spreading.

In July 2015, a listener named Barb Mindel posted a question on my Facebook page. She wrote, “I have recently heard a couple of my friends from the northeastern states use the term ‘out of pocket’ to refer to the fact that they were unavailable. What is the origin of this idiom?”

I responded right away, saying that I’d put it on our list of things to cover.

Well, Barb, it’s been a few years, but here, at last, is that episode on “out of pocket”!

‘Out of pocket’ is out of range

After I wrote my short response, a commenter named Lynn Eggers linked to a 2009 post on Language Log, written by Mark Liberman, a linguist at the University of Pennsylvania.

A mysterious disappearance in the news piqued Liberman’s curiosity about why “out of pocket” is used to mean “unreachable.” South Carolina governor Mark Sanford was nowhere to be found, not answering his phone or returning his emails. Both his publicist and a state senator described him as “out of pocket.” It later turned out he’d been in South America during his “out-of-pocketry,” having an affair with an Argentinian woman.

Like Barb, Liberman was puzzled by this meaning of “out of pocket” and looked it up in the Oxford English Dictionary. He found that the OED’s earliest citation was from a 1908 short story by O. Henry called “Buried Treasure”:

Just now she is out of pocket. And I shall find her as soon as I can.

Liberman’s post on “out of pocket” received several dozen comments in the weeks after it was published, and one was from Jan Freeman, who at the time wrote a language column for the “Boston Globe.” Freeman quoted from a piece she’d written in 1997. In this piece, she first nodded to the meaning that is probably more familiar to most of you: “out of pocket” refers to expenses you cover yourself, as opposed to expenses that are paid by someone else, such as your employer or your insurance company. As for the “unreachable” meaning, Freeman had called on Joan Hall, the editor of the Dictionary of American Regional English (“DARE” for short), who identified this idiom as a feature of Southern American English going back to at least 1967.

Of course, 1967 is almost 60 years after 1908, the date of the O. Henry example, but when Freeman wrote her column, that DARE citation was the earliest known written usage of “out of pocket” used to mean “unreachable.” The OED, in contrast, didn’t even have an entry for this meaning.

But sometime between Freeman’s column in 1997 and Liberman’s post in 2009, the OED caught up, smashing DARE’s antedating with its find. But DARE was the first to peg this meaning for “out of pocket” as a Southernism, and the OED citation backed this up: O. Henry, whose real name was William Sydney Porter, was born in North Carolina and spent much of his adult life in Texas. And the OED’s next citation, from 1974, is from a South Carolina newspaper. It reads:

If you … have ever been sick and the only doctor is out of pocket for the weekend, then you know we need more doctors.

In addition to being associated with Southern American English, “out of pocket” seems to be more common among journalists. In her column, Jan Freeman also referenced a 1980 “On Language” column by William Safire, in which he responded to a reader’s question about “out of pocket.” Safire didn’t make the Southern connection; according to Freeman, he judged it to be just some journalism jargon. This connection was mentioned in a 2007 post on the blog Grammarphobia, by Patricia T. O’Conner and Stewart Kellerman. Once again, a reader had written in wondering about “out of pocket” to mean “unreachable.” Here’s O’Conner’s response:

I first came across this meaning in the early 1980s when I was a staff editor at the New York Times. Reporters who had filed stories were supposed to supply phone numbers where they could be reached in case questions arose. If a reporter was unreachable (say, on a plane to Tibet), he or she was said to be “out of pocket.”

More support for the journalism angle comes from some of the comments on the Language Log. Suzanne Kemmer told of hearing it in Texas from “an old-timey columnist for the local paper.” Another commenter, with the handle of RSHS, offered this etymology:

In the fast-waning newspaper office, the copy chief sits in the crook of a horseshoe-shaped desk, surrounded by … copy editors. This is the “pocket.” To keep the flow of proofread copy going, the chief must be “in pocket.” If he goes away for any length of time, he’s “out of the pocket,” unavailable, and things grind to a halt. This became shortened to “out of pocket” on Telexes and faxes. [Editor’s Note: I have always heard this referred to as “the slot.”]

So at this point, we can safely say that journalists have been using “out of pocket” to mean “unreachable.” As for whether the expression really did originally refer to a horseshoe-shaped desk, RSHS didn’t provide any evidence, so I can’t say for sure.

At this point, people have been curious about the “unreachable” meaning of “out of pocket” for decades: Barb’s query in 2015; Mark Liberman’s blog post in 2009; Patricia O’Conner’s Grammarphobia post in 2007; Jan Freeman’s column in 1997; and William Safire’s column in 1980. But in all this discussion of “out of pocket” referring to finances or to unavailability, there’s a third meaning that we haven’t even touched yet. Some of you may have been wondering when I’d finally get to it.

‘Out of pocket’ is out of line

Among the 50-plus comments on Mark Liberman’s Language Log post, most arrived within a day of its publication, and almost all of them talked about the “unreachable” meaning or the financial one. But comment #32 was different. It was posted by a user calling herself nascardaughter, who wrote:

Here in the Bay Area, “out of pocket” can refer to behavior considered unconventional, inappropriate, or just plain wrong. You might say that someone who gets really drunk at a party and starts flirting with your significant other is acting out of pocket, for example.

More than a year later, a commenter named Richard wrote something similar, observing that “in the in[n]ercity ‘Out of Pocket’ means extremely disrespectful and rude, to the point of deserving a serious beating.” If anyone was surprised by that comment, no one said so. A commenter with the handle Altissima mentioned hearing “out of pocket” to mean “unreachable” in Season 2 of the HBO TV series “The Wire” and to mean “inappropriate” in Season 3 of that same series.

‘Out of pocket’ and Black English

Also unlike the others, Danette did some fieldwork before calling an expert. She asked many of her friends and coworkers what “out of pocket” meant to them, and found a distinct division: The ones for whom it meant “unreachable” were white, and the ones for whom it meant “inappropriate” were, like Danette, Black. “A Way with Words” host Grant Barrett confirmed this finding and cited Dalzell’s Dictionary of Slang as having citations for this meaning as far back as 1972.

Other lexicographers have also noticed the “inappropriate” meaning and its connection to Black English. In her 2007 blog post, Patricia O’Conner highlighted it as one of three primary meanings for the phrase “out of pocket,” even though it wasn’t the one her reader was asking about. She cited Cassell’s Dictionary of Slang, which identified “out of pocket” as a shortening of the phrase “out of the pocket.” According to CDS, the phrase originated in Black English in the 1940s and was originally a piece of jargon related to playing pool. Being out of pocket was not a good thing, because a shot that goes “out of pocket” or “out of the pocket” means that the offending player misses their next turn.

QUICK TIP!
Like Dalzell’s slang dictionary, this one also has a new title. The newer editions have been written by lexicographer Jonathon Green, and are titled Green’s Dictionary of Slang. You can find it on Twitter.

Why haven’t non-lexicographers been asking about this usage more often? Part of the answer could be that it’s less common. A search in the Corpus of Contemporary American English indicates that from 1990 through 2019, “out of pocket” was used with its financial meaning about 94% of the time. The “unreachable” meaning comes in at about 4%. The “inappropriate” meaning accounts for about 1%, with the remaining 1% consisting of the literal meaning, in which someone is taking something out of their pocket. (Those examples occur almost entirely in stage directions in plays or screenplays, with their telegraphic phrasing.) Another likely reason, related to the first, is that as an often stigmatized variety of English, Black English gets less attention.

However, the Black English “inappropriate” meaning for “out of pocket” is starting to go mainstream. Right around the time that Mark Liberman was wondering about “unreachable” “out of pocket” and those two outnumbered commenters were telling about its “inappropriate” meaning, Twitter was gaining traction, and Black users of Twitter were leading the way with innovative uses of the hashtag, and the mix of humor with political and social commentary that has come to be known as Black Twitter. This is the community that originated the hashtag-turned-movement Black Lives Matter, and others such as #SayHerName and #MeToo. A YouTube video on the channel Say It Loud titled “Why #BlackTwitter Exists (And Is Totally Awesome)” explains all of this really well, and in fact, is where I learned most of it.

And now teens are more aware so when someone says something out of pocket to them now it’s really shocking and hurtful.

And so at this point, what began as a racially-coded language difference is starting to become an age-coded one. As an indicator, the first time I heard “out of pocket” to mean “inappropriate” was from a young white male. A definition on Urban Dictionary sums up this point well. Although Urban Dictionary isn’t known for its careful research or fact-checking, its definitions are crowd-sourced—they come directly from users. That means that a popular term get defined again and again, bogus definitions tend to stand out as outliers, and you can see how definitions are added or evolve over time. Urban Dictionary has at least four entries for “inappropriate” “out of pocket,” including this thoughtful one from the user choom gang, posted in 2011:

There’s probably a good sitcom joke, advertising slogan, or corny riddle involving “out of pocket” just waiting to be written. If you have one, leave a comment at the bottom of the page or tag me on Twitter with it. 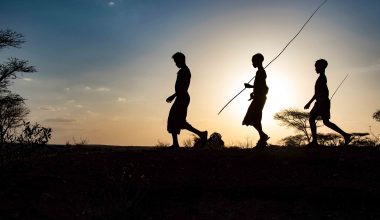 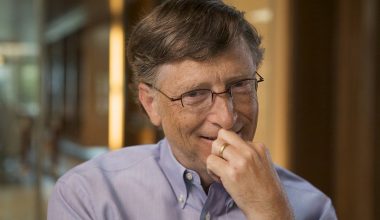 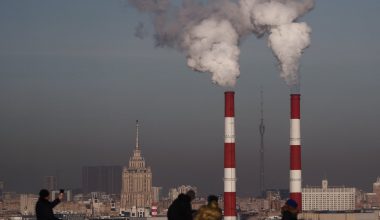 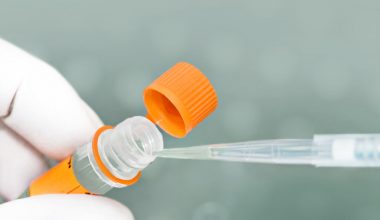 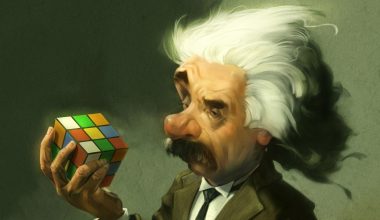 Читать дальше...
IIn English
Newbie and noob or n00b are words that may be found in the dictionary with similar meanings, but… 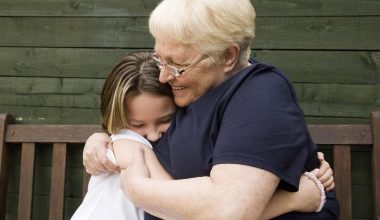