Are there too many people?

For decades, scientists and economists have been making wagers about the outcome of human population growth. Now, more than ever, their speculations need to be taken seriously

In 2011, when the global population hit 7 billion, economist David Lam and demographer Stan Becker made a bet. Lam predicted food would get cheaper over the next decade, despite continuing population growth. Becker predicted that food prices would go up, because of the damage humans were doing to the planet, which meant that population growth would outstrip food supply. Becker won and, following his wishes, Lam has just written out a cheque for $194 to the Vermont-based nonprofit Population Media Center, which promotes population stabilisation internationally.

$194, about £140, equates to the amount by which a basket containing five food types – oils and fats, cereals, dairy, meat and sugar – and worth on average $1,000 in the decade to 2010, increased in price over the following decade, according to the UN Food and Agriculture Organization’s Food Price Index (FFPI) and allowing for inflation.

The bet resembles another placed in 1980, between conservation biologist Paul Ehrlich and economist Julian Simon. Again, the question was whether human population expansion was sustainable. Ehrlich, author with his wife, Anne, of The Population Bomb (1968), in which they predicted imminent mass starvation due to overpopulation, took the pessimistic view and Simon the optimistic one. The yardstick of natural resource scarcity they chose was the change in the price of five metals between 1980 and 1990. Simon won.

Such bets are widely acknowledged to simplify complex questions, meaning their outcomes can and have been hotly debated, but people who think about population matters still consider them useful. “Bets like this are important to bring attention to big-picture global issues,” said demographer John Bongaarts of the New York City-based Population Council, at the 9 April webinar where the Lam-Becker result was announced.

The new wager stems from an upbeat address that Lam, who works at the University of Michigan, gave to the Population Association of America as its president in 2011. The Ehrlichs’ dire predictions had not come true. Per capita food production had increased by 46% over the previous half-century, while the number of people living on less than $1.90 a day – the World Bank’s definition of extreme poverty in low- and middle-income countries – had dropped by more than 30% since 1981.

Even if another 4 billion people were added to the planet, as was being predicted at the time, Lam felt confident they could be fed. At last month’s webinar, he pointed out that population growth had slowed since 2011, with the addition of about 850 million people since then, while poverty had continued to decline and per capita food production had continued to increase. This was true even in sub-Saharan Africa, where food production lagged behind population growth until the last decade.

Becker, of Johns Hopkins University, objected both in 2011 and a decade on, not that it was impossible to feed 11 billion people, but that this prospect ignored the collateral damage to other species and to the planet for which humans would eventually pay. He pointed to Food and Agriculture Organization (FAO) statistics showing that nearly 70% of fisheries are already fully or over-exploited. Others mentioned the shrinking stock of fresh water and the erosion of biodiversity. “The whole biosphere is in trouble,” Becker said.

Debates about humanity’s sustainability have gone on at least since Thomas Malthus argued, more than 200 years ago, that population growth tends to outpace and stifle economic growth. The pessimism of the three decades from the 1950s, embodied by Ehrlich, gave way to a period of optimism around 1980, as fertility started to decline, the green revolution boosted food production and oil prices collapsed. But around 2000, the pessimism returned, mainly due to growing awareness of the climate crisis and the UN Population Division’s prediction that the global population would reach nearly 11 billion as soon as 2100, with most future growth expected in Africa.

Food prices, like metal prices, are volatile. Demand – the number of mouths to be fed – is the main factor driving them, but the FFPI is a trade-based index, which means it is also sensitive to supply-side factors such as export bans. The FFPI increased sharply over the decade to 2010, partly due to high demand for cereals to produce biofuels, combined with low reserves. It dropped over the following decade, but not enough to offset the earlier increase. Becker won fair and square, according to the terms of the bet, but Lam says he was right that there would be a correction. “In a sense,” he says, “we both won.”

Similar quibbles were raised over the Ehrlich-Simon bet, with some arguing that another time period or index would have favoured Ehrlich. Clearly, the facts you select to support your bet matter, but for Bongaarts there’s more to it than that: “We need to pay attention to how to value different outcomes.” Optimists tend to think it’s OK to convert natural capital into human capital, he told the webinar, whereas pessimists see declining natural capital as a problem for socioeconomic, health and ethical reasons. “It’s fair to say that many optimists don’t value nature as much as many pessimists do,” Bongaarts said.

Part of the reason human sustainability remains such a hot topic is that experts disagree about how the global population will grow. The UN thinks that growth will peak at the end of this century, but others think it will peak sooner. Researchers at the University of Washington predicted last year that it would hit a maximum of close to 10 billion around 2064, then slightly decrease to around 9 billion by 2100. The main reason they gave was better access to contraceptives and female education in Africa, which would lead to fertility rates declining there sooner than the UN predicted. The discrepancy between the two predictions, of a massive 2 billion people by century’s end, obviously affects calculations about humanity’s impact on the planet.

Another issue is equity: maybe we can just about feed everyone, but some will be far better fed than others. If many people are alive but hungry, can we still say population growth is sustainable? Bongaarts said this equity gap is already visible and widening.

The FAO reports that hunger has been increasing since 2014 and 9% of the world’s population is now hungry. If hunger is defined as undernutrition – meaning that a person’s food intake falls short of their energy requirements – Asia accounts for most of it, but the fastest increases have been recorded in Africa. “The situation doesn’t look as good as David [Lam] predicted,” said Bongaarts.

The relationship between human population growth and the climate crisis is complicated – and neither the University of Washington’s nor the UN’s models take the latter into account – but the impact of the climate crisis is not equitable either. Raya Muttarak of the International Institute for Applied Systems Analysis in Laxenburg, Austria, gave a vivid example of that when she described how, in India, food shortages caused by floods led to many families prioritising boys at mealtimes, meaning that the proportion of girls who experience impaired growth grew in respect to their male siblings in those periods.

Most experts agree that Covid-19 will have no significant impact on projections of human population growth, though it could exacerbate food insecurity, but Bongaarts said that readiness to acknowledge the threat of future “black swans” – events that happen rarely but that have an outsize impact on humanity – was another thing that set optimists and pessimists apart. Optimists tend to minimise that threat, he said, while pessimists urge governments to take out insurance policies.

But even though he leans towards pessimism himself, Bongaarts doesn’t foresee the near future of humanity as being punctuated by demographic catastrophes. Instead, he said, it will be a case of a gradual deterioration in quality of life. “Every billion people we add to the planet makes life harder for everyone else,” he said. The rich will be able to buffer themselves from the worst of it, for a while, but much of humanity will have “a terrible time” over the next few decades.

Unsurprisingly, Ehrlich thinks that Becker deserved to win the bet and that although some of his predictions were wrong, in the 1960s, his gloom was essentially justified. “Everybody who’s ever looked closely at it knows that you cannot in the long term, with any of the known technologies, support 8 billion people without continuously running down the capacity to support them,” the 88-year-old Ehrlich says today.

Becker cited several ecological studies that indicate that the maximum number of people the Earth can sustainably support is between 2 and 3 billion, roughly what it was in the mid-20th century. An essential part of the solution to the current predicament, he said, is “degrowth”, of which the most important element is a “small family ethic”.

The trouble is, slowing population growth may not solve the environmental problem – at least not in time. In 2014, Australian ecologists Corey Bradshaw and Barry Brook modelled various population growth scenarios and suggested, scarily, that even a hypothetical catastrophe that wiped out 2 billion people in the mid-21st century would fail to bring the global population beneath 8.5 billion by 2100. Under another scenario, assuming mortality rates continue to fall, they wrote, “even a rapid transition to a worldwide one-child policy leads to a population similar to today’s”. Other things being equal, humanity would continue to run down natural resources and any impact would be far too slow to mitigate the climate crisis.

Models are based on assumptions and are therefore fallible. But Bradshaw and Brook concluded that, while limiting population growth should be part of the solution, policy change and technological innovation were needed too. In 1981, the incorrigible optimist Simon argued that more humans meant more ingenuity and more fixes, including technologies that aren’t yet known. Lam offers the long-term trend towards higher food production per capita as evidence that he was partly right. “If we’re worried about mass consumption rather than mass starvation, that’s progress of sorts,” he says. But he also criticises Simon, who died in 1998, for not distinguishing between problems capitalism could solve and ones it couldn’t, at least on its own. The climate crisis is one such problem, he says.

Bongaarts doesn’t let the economics profession off the hook so lightly. If the policy response to these problems has been weak to date, he says, it’s because “policymakers tend to listen to economists and economists tend to be optimistic”. They should be listening to demographers, ecologists and public health experts too, he believes.

Becker concurs, adding that individuals also need to change their behaviour, particularly in rich countries where per capita consumption is highest (and even though some of those countries may be on the cusp of population contraction). Besides having fewer children, the actions that are considered to offer the largest benefits are giving up meat and cars. Both Becker and Lam walk their talk, in this respect: Lam owns a car and eats meat; Becker shares a car with his wife and is vegetarian; neither has added more than one child to the planet. 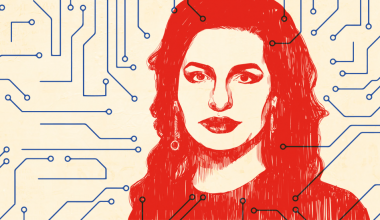 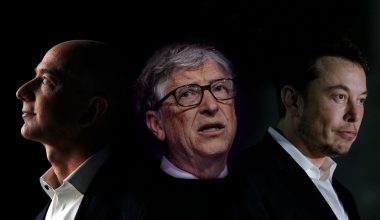 Читать дальше...
ББольшой мир
This is the average age Bill Gates, Jeff Bezos, Elon Musk and the rest of the world’s wealthiest… 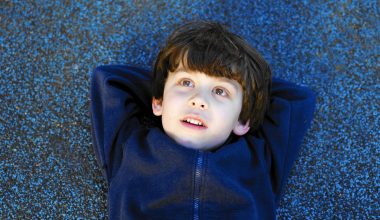 Читать дальше...
ППсихология
We’re not all naturally skilled at the same things. Some are more athletic and have better coordination. Some… 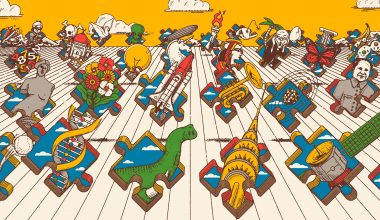 Читать дальше...
ББольшой мир
“Wikipedia made a real effort at neutrality for, I would say, its first five years or so. And… 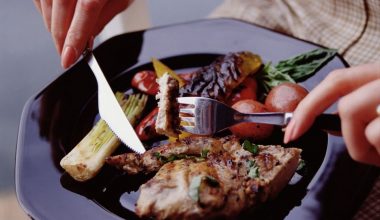 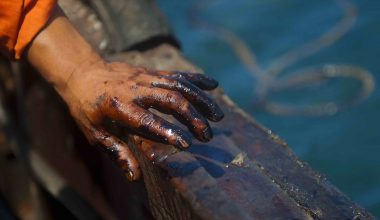