How Literary Translation Can Shift the Tides of Power

As a translator, I need to think carefully about whose words get to be heard and understood

Close your eyes. What do you picture when you hear China? How about Japan, or Korea? Did a particular scene, person, or image come to mind? If you’ve never lived in or travelled to one of these countries—and even if you have—those images probably came from something you watched or read. Whether it came from a news report, travel blog, film or work of fiction, our understanding of these far-flung countries is limited by what gets translated into our language. But who and what determines which voices and whose stories we get to hear? Whose voices are we not hearing?

Translation holds a particular and peculiar power. It is how we come to understand the world outside our own; that is, the world that exists outside of our own language. The Latin root word for translation comes from latus, the past participle of ferre or “to carry”; in Teju Cole’s beautiful metaphor, the translator is a ferry operator, carrying words from one shore to the other. To take this metaphor further: if the translator is the ferry operator, language is a current. Ocean currents shift and change speed; some are more dominant than others. In previous centuries the English current was propelled by the British empire, summoning all the boats of the Commonwealth towards it; America is the great ocean current of our time.

Prior to the 19th century, classical Chinese was the dominant ocean current in East and parts of Southeast Asia. Chinese characters (hanzi / hanja / kanji) were the lingua franca of the ruling class and in diplomatic communications; without needing a ferry operator, Confucian values, ideas and knowledge traveled the seas, underpinning societies in China, Korea, Japan and Vietnam for centuries. But as Western imperialism swept over much of Asia and the Chinese tide receded, translation took on a new urgency. Translation was the primary means for the subjugated to understand a new, Western-defined and often disturbing modernity: a means for the powerless to understand those in power.

Translation was the primary means for the powerless to understand those in power.

The powerless have no choice but to learn about those in power, yet those with power are uninterested in learning the language of the powerless. Western colonizers, apart from practical needs, did not bother learning or uplifting the language of the colonized, whom they saw as inferior. When Colonel William Farquhar, Singapore’s first administrator, learned Malay and picked up Malay customs (also fathering six children with a half-Malay mistress in the process), it was seen as a weakness, not a political strength, and he was targeted by Singapore’s official founder Sir Stamford Raffles for “going native.”

South Korea, a Japanese colony for almost half a century, has entire bookstores dedicated to books translated from Japanese, with many from the pre-war generation still able to speak the language. Haruki Murakami is particularly popular; it is estimated that at least three times as many Murakami novels are available in Korean compared to English. But until recently, Japanese readers had little interest in Korean literature. During the East Asia Literature Forum in Seoul last October, a gathering of the region’s most well-known writers, Japanese novelist Keiichiro Hirano, expressed that “it is very difficult for me to think of any Japanese writer of the same generation as remarkable as Kim Yeonsu and Eun Heekyung,” and yet very few Japanese writers, let alone readers, have even read their work. Korean culture, thanks to its colony status, was considered inferior to Japanese culture for years, particularly amongst the older generation. Japan’s zainichi or ethnic Korean community have been discriminated against for decades, many stripped of citizenship, as documented in Japanese novels and films like Kazuki Kaneshiro’s Go and Yang Seok-il’sChi to Hone (“Blood and Bones”), made into an Oscar-nominated film starring Takeshi Kitano. At the same forum, Japanese author Kyoko Nakajima, the child of French literature professors, spoke about only discovering Korean literature in her 40s when she met Korean writers at the University of Iowa. When she discovered the poetry of Yi Sang and Yoon Dongju, both poets who lived in Japan-occupied Korea, and learning they had died of police violence in Japan, she was shocked into silence.

And yet the currents between Japan and South Korea are shifting, with wave after wave of Korean popular culture (hallyu) washing up on Japanese shores. Korean literature made its biggest splash in Japan yet in 2018, with Cho Nam Joo’s Kim Ji Young, Born 1982, released at the end of the year, selling over 130,000 copies and topping bestseller charts. Bungei, one of Japan’s leading literary magazines, published a special issue titled Korea, Feminism, Japan in July this year, featuring leading Japanese and Korean women writers. It was an unexpected hit, with the magazine running emergency reprints for only the second time in 86 years, selling over 14,000 copies within a few weeks, and a fourth reprint out in September. “Theoyajis (older men) are the only ones blind to the popularity of hallyu,” writes cultural critic Minako Saito, also the older sister of Mariko Saito, translator of Kim Ji Young, Born 1982. “It is the Oyajis,” she writes, “in politics and the media who are stirring anti-Korean sentiment.” Japanese women and the young, she says, share the opposite sentiment. Underlying her words is a scathing critique: the arrival and spread of Korean culture in Japan is an affront to Japanese men, upending belief in their own cultural superiority.

Most translated children’s books are works from Western Europe. What does that do to a young child not from the West?

What does that do to a young child not from the West, to read almost exclusively about the exploits of the Hungry Caterpillar, Bear Hunts or Fantastic Mr. Fox? I was that young child growing up in Singapore, devouring Enid Blyton, Roald Dahl, and later Beverly Cleary and Judy Blume. These are fine writers who wrote great works of children’s literature. But I also longed to see myself in the books I read: a bookish, curious Singaporean Chinese girl with the habit of putting my foot in my mouth and stepping out of line in a conservative society. In my teenage years I discovered Chinese writers like Eileen Chang and Chiung Yao, but their tragic heroines troubled me: falling in love, in their feudal-era stories, always came with a price. Why did bad things always happen to girls who pursued their own desires? Nothing in the books I read then satisfied me, and as a mother of a little girl (and boy) today, I continue to struggle with the question.

Soon after I gave birth, my writer friends arrived at my house with piles of classic English picture books. Determined to have my children rooted in their own culture, I set out to find children’s books with characters that not only looked like them, but stories that would help them navigate the complex world they will inherit. Just by the act of searching, I came to read wonderful writers from Japan, South Korea, and China with a completely different sensibility from Western children’s literature.

Reading children’s literature again as an adult, the difference between Western and East Asian stories was startling: Western children’s books are often centered on the individual’s journey, while stories by Chinese, Japanese and Korean authors emphasize respecting other people’s feelings, patience, and acceptance. As a child, I found many of these old Chinese stories moralistic and preachy. But to my surprise, I also discovered many wonderful children’s books which conveyed these same values without being didactic, and helped me as a mother understand my own feelings and moderate my response towards my child’s behavior. I am just one parent. What if more parents read translated books with their children? Would this be enough to shift the winds in the publishing and bookselling industry? And more importantly, would this help our children build a kinder, nicer world?

How do we get publishers and booksellers to acquire and push more translated books? Prizes, especially major literary prizes, play a big part. Awards like the Man Asian Literary Prize have propelled the careers of writers like Han Kang in the English-speaking world. In fact, Han Kang, like Shin Kyung Sook who won the Man Asian Literary Prize in 2012, may be said to have paved the way for English-speaking audiences to even consider reading Korean literature, and for publishers to push more writers and translated works from South Korea.

Translation is an act of selection, a personal choice as well as a subjective judgment.

And yet, curiously enough, even as Han Kang has garnered international acclaim, emerging as a representative of Korean literature in the West, back home she remains on the periphery of her home country’s literary scene—just like Haruki Murakami with Japanese literature in the earlier stages of his career. Translators play an enormous, outsized role in interpreting foreign cultures for their home audience. Translation is an act of selection, a personal choice as well as a subjective judgment that something is more worthy of becoming known by one’s home audience than everyone else. To borrow Teju Cole’s metaphor again, how does the ferry operator choose which passenger to ferry across the ocean? The choice we as translators make has far greater impact than we may realize.

At the East Asian Literature Forum last year, I heard one after another beautiful story from writers that almost no one in America would have recognized. Even as a scholar of East Asian languages myself, I was startled by how few writers I had heard of, and how much of what I read in Chinese, Japanese, and Korean was to a large extent pre-defined by what had already been picked up and translated by the West. Reading takes time, and reading beyond the canon takes effort. If I, as a scholar of East Asian languages, found that difficult, what sort of scholar am I? What more of publishers and readers in America and the West, who have scant knowledge of writers from East Asia beyond the few names that have won awards in their home countries?

These stories had to be heard by a wider international audience. I reached out to one of the Japanese writers I had met at the forum—and received her permission to translate a story she had read out, a powerful story on womanhood that had many in the audience crying. Despite winning multiple domestic awards, she has never been published in English. If we never hear from these writers, how blinkered and piecemeal is our understanding of the world outside the dominant American cultural current?

As readers and translators, it takes effort to recognize our blinkers and even more effort to look beyond them. We may not be strong enough to shift oceans—but maybe, just maybe, our collective effort will make it easier to swim against the tide. 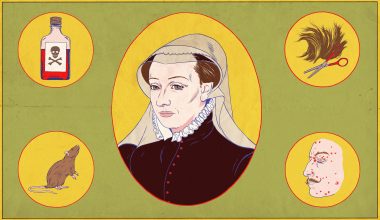 Читать дальше...
IIn English
[Content is hidden] Sorry, pal. It is for registered users only Источники / Sources Queens of Infamy: The… 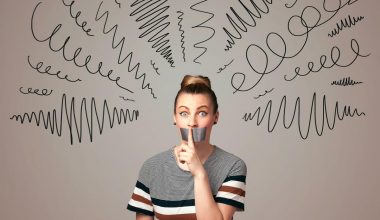 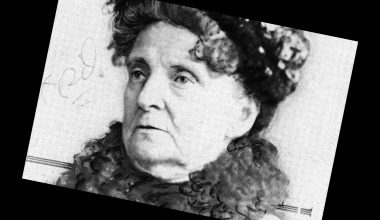 Читать дальше...
IIn English
The word cheapskate appeared in the latter 1800s in the United States, and is an interesting closed compound… 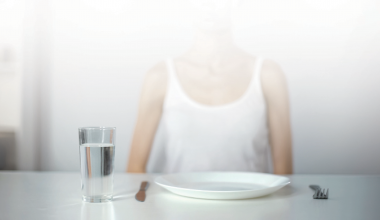 Читать дальше...
ЕЕда
Avoidant restrictive food intake disorder, or ARFID, is a newly introduced eating disorder in DSM-5. Given that the… 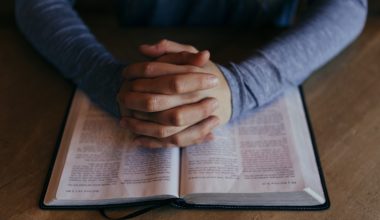 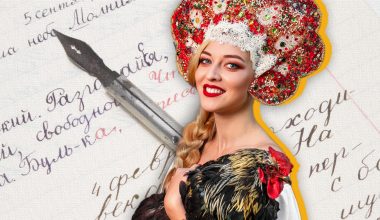