The Problem With ‘Hey Guys’

A broad coalition of English speakers—teachers, retail workers, ice-cream scoopers, and plenty of others—is grasping for a more inclusive greeting.

“Okay, guys,” a female coworker of mine recently began, as she addressed me and a female colleague. Then she stopped herself, said she was making an effort to use more gender-neutral language, and carried on talking.

It was a small self-correction, and a glimpse at the conflicted feelings stirred up by one of the most common greetings in the English language. Guys is an easygoing way to address a group of people, but to many, it’s a symbol of exclusion—a word with an originally male meaning that is frequently used to refer to people who don’t consider themselves “guys.”

My coworker is one of many who have started editing themselves in response to this exclusion. In the course of reporting this story, I heard from teachers who wanted a better way to get students’ attention, an ice-cream scooper who wanted a better way to greet customers, and a debate coach who specifically encourages his students to usey’all. These are representatives of a broad coalition of people who have contemplated, and often gone through with, excising guys from their vocabularies.

There are, of course, plenty of people—including many women—who have no problem being addressed as “guys,” think the word has evolved to be entirely gender-neutral, and don’t see a reason to change their usage. But others aren’t so sure. “I think there’s a really serious and welcome reconception of gender lines and relationships between sex and gender going on,” says John McWhorter, who teaches linguistics at Columbia University and has written several books about language. He says “something has crested in particular over about the past 10 years”—something that has people examining their everyday communications.

In my reporting I heard from several people who said that the word is particularly troubling for trans and gender-nonconforming people. “As a transgender woman, I consciously began trying to stop using guys some years ago,” says Brad Ward, a college counselor at a high school in Atherton, California. She added, “When I’m included with a group that is called guys, there’s some pain, since it takes me back to my male days in a way that I’d rather not go.”

I also heard that guys could grate on women working at male-heavy companies. In tech in particular, some told me they saw the word as yet another symptom of a female-minimizing industry. “There are a lot of guys in tech and ‘guys’ is used all the time in my work and social environments by both men and women, but since it doesn’t resonate with me anymore, I do feel like I’m not part of the group,” says Amy Chong, a 29-year-old user-experience researcher in San Francisco.

In some workplaces, people have used technology to gently push back against the gender-neutral guys so that they themselves don’t have to speak up. A group of government employees wrote a custom response for the messaging app Slack that would have a bot ask questions like “Did you mean friends?” or “Did you mean you all?” whenever a user wrote “Hey guys”; a Spotify employee embraced the idea, and the professional network Ladies Get Paid has a similar feature in its Slack group of some 30,000 members.

As these examples indicate, there’s additional scrutiny these days on communications that happen within or emanate from organizations. This is likely why, after I put out calls for opinions on guys, I heard from many people who worked in education or customer-facing jobs. I heard from one teacher who switched to using folks after thinking about the inclusive-learning environment he’d like to create, and anotherwho opted for peeps or scholars. Similarly, an employee at an outdoor-goods store told me that her company’s human-resources department had encouraged the use of more-inclusive terms when addressing customers. “Folks and y’all were determined to be more acceptably neutral and you guys was asked to be toned down,” she said.

Many people are trying to phase guys out of their vocabulary in social settings as well as at work. Coby Joseph, a 26-year-old urban planner currently living in the San Francisco Bay Area, told me that he no longer uses the term after considering “how much of our language centers men”; he found guys “lazy and inconsiderate” and stopped using it four or five years ago, except in cases when he’s communicating with people whom he knows identify as male.

This crowd of guys-objectors is not alone historically. People have been resisting the term for decades, and perhaps the most passionate opponent of the word is Sherryl Kleinman, a former professor of sociology at the University of North Carolina at Chapel Hill. In a 2002 essay in the journal Qualitative Sociology, she wrote about the problem with male-default terms such as “chairman,” “congressman,” and “mankind.” Kleinman saw them together as “another indicator—and, more importantly, a reinforcer—of a system in which ‘man’ in the abstract and men in the flesh are privileged over women.”

She reserved a special disapproval for “you guys,” which she considered the “most insidious” of these phrases, and with the help of former students made a small card that anyone could print out and, for instance, leave behind at a restaurant to communicate their dislike of the term to an employee who had used it. “When you’re talking to a group of customers, gender doesn’t really matter, so why not replace ‘you guys’ with ‘you all,’ ‘folks,’ or ‘y’all,” it reads in part.

Indeed, why not? The problem, for those who want to ditch guys, is that their language doesn’t present them with many versatile replacements; English lacks a standard gender-neutral second-person plural pronoun, like the Spanish ustedes or the Germanihr. The alternatives to guys tend to have downsides of their own. Folks—inclusive and warm, but a little affected and forced. Friends—fine in social contexts, strange at work.People—too often pushy and impersonal. Team—its sense of camaraderie wears out with constant use. One might cobble together a mix of pronouns to deploy in different scenarios, but no one term can do it all.

(I also came across some more-obscure alternatives. Some write guise as attempt to de-gender the word; I heard about a socialist political group that preferred comrades; one teacher, to draw attention to the problem with guys, said she sometimes jokingly addresses her class as ladies or gals.)

Which brings us all to y’all, which seems to be the alternative with the most passionate backers. It has many of the necessary features to be the heir to guys—inviting, inclusive, monosyllabic. But what holds it back is its informality, as well as its regional associations, which many don’t know how to handle.

I heard from people born and living outside the South who didn’t feel they could use the term naturally. “They’ll say, ‘y’all’? Are you from Texas?,” one Californian told me; another, who now lives in the Midwest, says she feels “self-conscious saying it as a non-Southerner.” And I heard from a Turkish-born woman living in Los Angeles who “felt a bit choiceless” selecting between guys and y’all after coming to the U.S., because of the gender politics of the former and because she didn’t “have the background to use the latter.” (She lamented that English lacks a gender-neutral second-person plural pronoun, unlike Turkish, her native tongue.)

McWhorter, the Columbia linguist, summed up the downside of y’all by saying, “You can’t use it at a board meeting.” Might it shed its informality if more people adopt it? “That’s not going to change,” McWhorter said, “especially because it’s associated with two things: the South and black people. And those two things are considered informal, and many people would have less polite things to say about both of those things.”

Which is one of the reasons the gender-neutral guys has had such staying power. But over its 400-year lifespan, guy’s meaning has already changed multiple times—getting less specific as time went on. At first, the word’s definition was quite narrow: Guyreferred to an effigy of Guy Fawkes, the infamous Brit who tried and failed to blow up the Houses of Parliament in 1605. The word’s meaning radiated outward from there, encompassing larger and larger groups. It started to be used to signify any effigy, then any fearsome person and/or any man. And then, in the plural, it came to mean—in the U.S. sometime around 100 years ago—just about anyone.

Many, perhaps even most, American English speakers view this evolution as a process of shedding gendered connotations. This is the view that McWhorter counsels as a linguist: “People are going to continue referring to women as guys, and a lot of the people doing it are going to be women,” he says.

McWhorter does recognize that even as the word’s meaning has shifted, it retains a certain male “flavor.” In fact, there are some examples in the past of words zigging and zagging in their gender associations. Anatoly Liberman, a linguist at the University of Minnesota, told me about how child started off as a gender-neutral word in Old English, remained so for several centuries, took on a male meaning in Northern England and Scotland, took on a female meaning in other English dialects, and then mostly converged on a neutral meaning again. So, language can change—and change back.

McWhorter, though, would not bet on the reformers in this guys debate. He thinks that the gender-neutral guys has irreversible momentum. The question then becomes, he says, “How do we feel about it? And we can express our feelings, but if you don’t want to say it, use folks or people, but everybody’s not going to join you. Language changes whether you like it or not.”

Even if guys is widely regarded as gender-neutral, there will still be a sizable contingent of conscientious objectors. They argue, not incorrectly, that dropping guys takes very little effort, and any awkwardness that comes with the odd folks or friends or y’all seems far preferable to making a listener feel ignored. (Personally, I’ve come to favor you all, which carries some of the perks of y’all without being tied to any particular region.)

Plenty will disagree with that, and this is the way language evolves—not in an orderly line, but as a messy argument. And that is a blessing—words deserve regular interrogation. One such interrogator is a man working at a pharmaceutical company in New Jersey who had thought deeply about the use of guys in his office. “I honestly think my biggest problem with ‘you guys,’” he wrote to me in an email, “is the plural possessive form that it has spawned.” His example: “Sorry I missed your guys’s meeting.” Any reasonable user of language should be able to agree that that phrase is straight-up ugly.

Language alters our experience of time 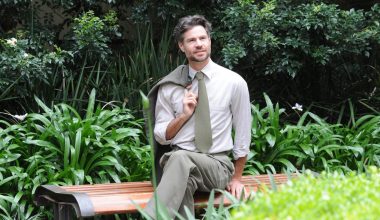 Читать дальше...
ББольшой мир
If climate change is a problem, then wind turbines and solar panels aren’t a solution: heavily subsidized and… 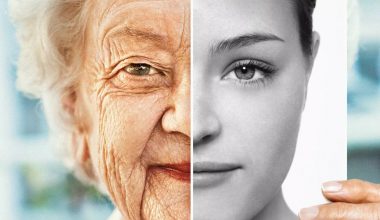 Читать дальше...
ББиология
The Spanish firm Grifols helped set off a kerfuffle last year when it, along with other firms, offered… 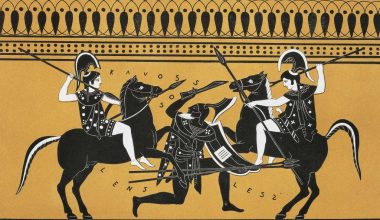 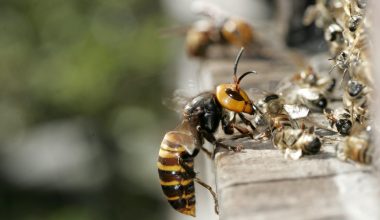 Читать дальше...
ААмерики
Its sting is excruciating to people, but it is a bigger threat to honeybees vital for agriculture The… 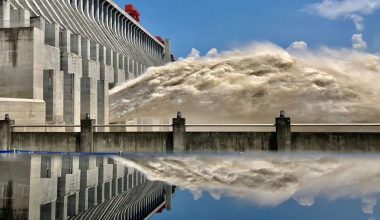 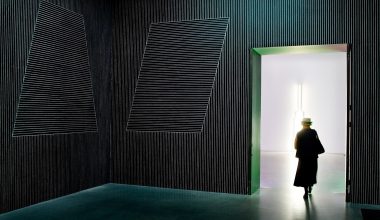