The immigration debate is permeated by a forgetful nostalgia that frequently bubbles up the declaration, “But my ancestors came here legally!” Others have explained that this ignores how incredibly easy this was to do until the 1920s, so I’d like to address a few additional, underappreciated aspects of chain migration that seem to have been conveniently forgotten.

Yes, I know. “Chain migration” is an anti-immigrant and racist term, but that wasn’t always so. Before being co-opted and corrupted by white nationalists, it was considered a neutral phrase and used widely in fields ranging from population studies to genealogy. Most Americans wound up here as the result of a kind of long-distance game of tag played by their ancestors, and “chain” was meant to convey the links in this border-crossing endeavor.

For understandable reasons, the preferred term is “family reunification,” but this wording fails to capture some nuances of our earlier patterns of migration. For instance, the White House is trying to sell the message that a single immigrant can multiply into dozens of new foreigners settling in America. Tucking aside that this overlooks the time-consuming and selective citizenship process we currently have, the reality is that if you meander back in time a few generations, many of our families had entire immigrant “chains” that showed up all at once. And those chains could have many links.

Rewind for a moment to Ellis Island days. This American institution which has become synonymous with immigration opened in 1892 and closed in 1954, but its heyday was 1892–1924. Ponder your own family at that time — perhaps your great-grandparents give or take a generation — and ask yourself how many siblings they had. If you don’t know, reach out to an older relative to find out. They’ll be happy to hear from you.

Your answer might be three, six, or nine, but whatever the number, odds are it’s a lot more siblings than you have. Larger families were the norm back then, so guess what kind of families came to America? The Scottish family of eleven and German family of ten seen in the accompanying images of immigrants at the dock as they came ashore in New York in 1890 would probably be given their own reality shows today, but back then, were not especially noteworthy. In many cases, there was no need for family reunification because the whole family traveled together.

Many are also unaware that the Ellis Island era had its own version of mail order brides. Immigrants would frequently go back to the old country and bring a wife back or essentially import one. Your roommate had an eligible sister back home? Great. Pay for her fare and marry her a few days after she gets off the boat.

Arizona Representative Paul Gosar’s family is typical. It’s curious that he’s so anti-immigrant because all four of his grandparents were foreign-born and both grandfathers brought old-country wives over. His maternal grandfather, who emigrated to America in 1912, returned to France and married on November 2, 1923. By the 29th, he and his new bride disembarked at Ellis Island. The previous year, his Slovenian, paternal grandmother sailed into New York on September 23rd and married in Rock Springs, Wyoming six days later.

Nor was this out of the ordinary. By way of random example, here’s a Portuguese great-great-grandmother of Amy Poehler’s arriving in New York and marrying in Massachusetts three days later. As a seasoned researcher, I see this scenario play itself out over and over.

Then there were those who married on the spot as soon as the intended bride landed. Think I’m kidding? Perhaps this photo of a wedding at the Barge Office (used temporarily to process immigrants while Ellis Island was being built) will cause you to reconsider. The photographer, an amateur who pursued his hobby at his place of work, noted it as “a frequent occurrence.”

Not Just for Families

In days gone by, family reunification often followed a familiar routine. Usually, Dad would venture across the ocean first — maybe solo or with his oldest son. They’d save money and send over for the next oldest kids in the family. Then everyone would work to make enough to pay for tickets for Mom and the youngsters.

This sequence even applies to Annie Moore, the first immigrant to ever arrive at Ellis Island on the day it opened on January 1, 1892. She journeyed at 17 with her younger brothers to rejoin her father and older siblings who had come previously.

Classic family reunification, right? But back in the “good old days” when everyone “came here legally,” this pattern didn’t apply purely to family members. Take a look at this excerpt from a passenger manifest, one snagged from 1911 simply because one of my great-grandmothers happens to be on it.

The first thing you might notice is the highlighted wording at the top. Our official arrival form had a column recording “whether going to join a relative or friend.” Yes, friend. Anyone with even limited experience with these records has seen numerous examples of immigrants heading to a friend or acquaintance.

Now browse down the list. Old handwriting can be hard to read, so I’ve noted the responses. Of these nine, three were going to friends, two to brothers-in-law, and one each to a stepfather, brother, nephew, and uncle. By today’s standards, only the one with a brother and perhaps the one with a stepfather would even be considered, and that’s assuming they fit the age criteria.

As seen here, family reunification used to be a subset of “chain migration.” It would probably be more accurate to dub it “family and village reunification” or perhaps “reunification migration.” Whole villages used to help each other come to America, and even today, you can find vestiges of it.

Sometimes it’s conspicuous. Visit Roseto, Pennsylvania today and you probably won’t be surprised to learn that many residing there have roots in Roseto Valfortore, Italy. There’s a reason folks in Fredericksburg, Texas celebrate their German heritage, those in Solvang, California their Danish traditions, residents of New Glarus, Wisconsin their Swiss ancestry, and people in Lindsborg, Kansas their Swedish origins.

But much of this village-transfer phenomenon is masked or now dispersed. Unless you’re intimately acquainted with Barton, Ohio, you probably wouldn’t know that many living there have roots in Osturňa, Slovakia, and this is just one of countless, not-just-family “chain migration” stories behind our communities today.

It’s estimated that 40% of Americans have at least one ancestor who entered America through Ellis Island, so roughly 130 million of us have benefited from policies that allowed our ancestors to come here with minimal qualifications (only about 2% were deemed unfit), in large family units, to marry a stranger, and/or to rejoin friends from the place they grew up. To those whose ancestors came still earlier, I would remind you that requirements were even more lax then. So if you’re truly against family reunification, consider your own family tree. It might be time for you to self-deport. 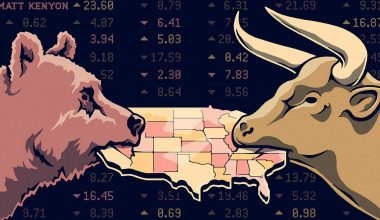 Читать дальше...
ККультура
For most of human history, we’ve used perfume to modify the scent of our bodies. When I say…